IG Prisons, Addl Chief Secy Home, and Secy Health were under extreme pressure from Imran Khan for creating a fake medical certificate and transferring him to Rawalpindi hospital. After Additional Sessions Judge granted remand of Shahbaz Gill to Islamabad Police for two days, the PTI supremo gave illegal orders to shift Gill to the hospital instead of handing him over to the ICT Police force.

Now, as per the latest reports, Punjab government handed over Shahbaz Gill to ICT Police from Adiala Jail. 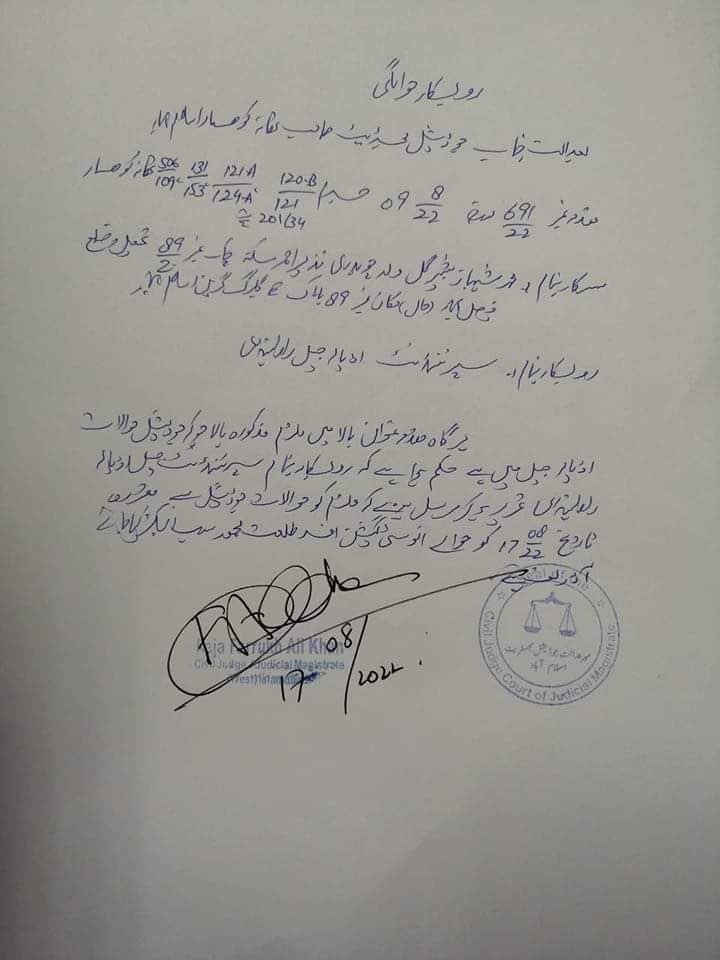 Pertinent to note that Court has issued the release orders of Gill and now as per the court order PTI’s Chief of Staff COS ought to be handed over to the capital police. 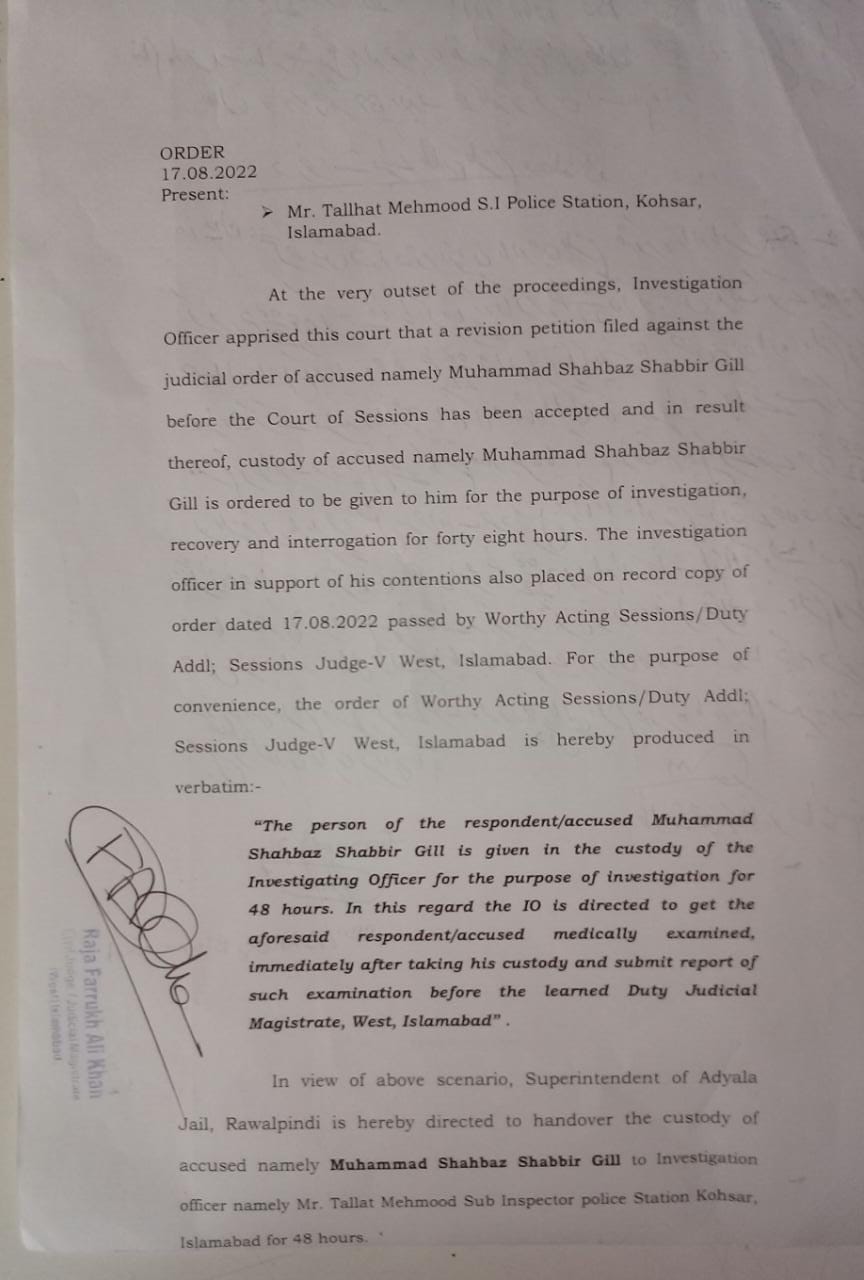 As per Baaghi TV report, PTI is in a rush and trying to make a fake medical so that Shahbaz Gill can be admitted to some Punjab government hospital Punjab.

IG Prisons, Addl Chief Secy Home, and Secy Health are under extreme pressure from Imran Khan for creating a fake medical certificate and transferring him to Rawalpindi hospital.

It is worthy to note that confession before Police is inadmissible under Art 38 of QSO 1984, however, legal experts said that only the statement recorded before the judge is admissible.

Islamabad Duty Magistrate Raja Farrukh Ali Khan ordered the Investigating Officer to present the medical report of Shehbaz Gill before the court at 9 am Thursday. He said that accused Muhammad Shahbaz Shabbir Gill should be produced in court on August 19th.