The United Nations Population Fund UNFPA Pakistan has stepped up care for pregnant women and new mothers to ensure safe deliveries even in an emergency situation as cases of malaria, dengue, diarrhoea and cholera are being reported in Pakistan floods affected areas & are projected to increase due to stagnant flood waters.

Cases of malaria, dengue, diarrhea & cholera are being reported in #PakistanFloods affected areas & are projected to increase due to stagnant flood waters. @UNFPAPakistan is stepping up care for pregnant women & new mothers to ensure safe deliveries even in an emergency situation pic.twitter.com/Ii7yPerVvP

In the face of momentous logistical difficulties, UNFPA has set up a mobile health service to support people in displacement camps and to refer complicated cases to accessible hospitals. UNFPA is also providing hospital tents and life-saving supplies to affected areas so that vital health services such as skilled midwifery assistance and emergency obstetric care can continue.

Meanwhile distributions have begun of more than 8,000 dignity kits, which contain hygiene supplies including soap and menstrual pads, as well as over 7,000 kits with supplies for newborns, and more than 6,400 clean delivery kits to facilitate safe childbirth across Sindh, Balochistan, Khyber Pakhtunkhwa and Punjab provinces. 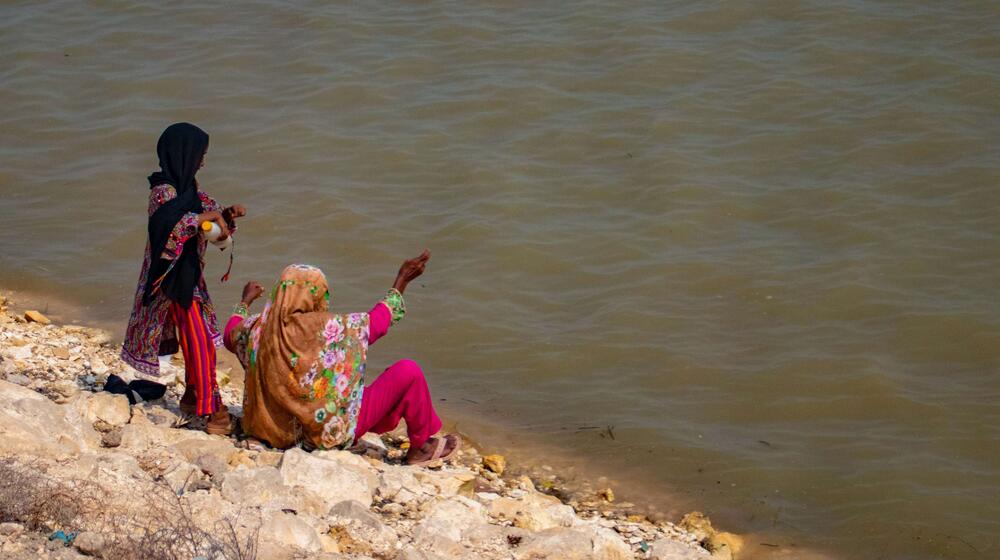 Women and girls also face rising rates of gender-based violence. Displacement settings and distribution points are rife with the risk of sexual harassment, abuse and exploitation, especially for girls left alone while the adults go out in search of work. Makeshift living quarters are often cramped and badly lit, and men and women often have to share unsanitary bathrooms located far from their tents – increasing the potential exposure to violence. Gender discrimination places young women and girls in further danger of child marriage or trafficking. UNFPA is supporting safe spaces for women and girls to offer a measure of protection, but more efforts are needed.

Despite these challenges, Dr. Kadirov is adamant that UNFPA will do all it can. “Pregnancies and childbirth can’t wait for emergencies or natural disasters to be over. This is when a woman and baby are vulnerable and need the most care,” he said.

UNFPA is appealing for $8 million in funding to expand its emergency response to provide life-saving services and essential supplies, as well as protection services to support women and girls in Pakistan.

The worst floods ever witnessed in Pakistan

“I walked for about 35 kilometres while in labour because the floods had damaged the road between my village and the hospital,” said Bakhtnama Khairullah, 32, from Harnai in Balochistan province.

Hers was one of the first areas to be hit by unprecedented monsoon rains that have engulfed one-third of the country. The mountainous terrain Ms. Khairullah trekked over is treacherous even on dry days – for a woman in labour in floodwaters, it was life threatening.

Now recovering at home after delivering healthy twins on 10 September in the Harnai maternity hospital, Ms. Khairullah said she counts herself lucky: Some 7.6 million people are estimated to have been displaced by the devastating floods and landslides and at least 1,500 have died, while millions have lost their homes and means of feeding their families.

Over 1,400 health facilities have been damaged or destroyed across Balochistan and Sindh provinces, among which the maternity hospital where Ms. Khairullah gave birth. Dr. Sarmad Saeed Khan, a maternal, neonatal and infant health specialist, works alongside community midwives on a UNFPA-supported project at the hospital – including those who assisted Ms. Khairullah.

“The midwives are working day and night tirelessly to provide maternity care and reproductive services during this emergency. They’re doing heroic work ensuring safe deliveries for the flood-affected women coming to the hospital,” he said. 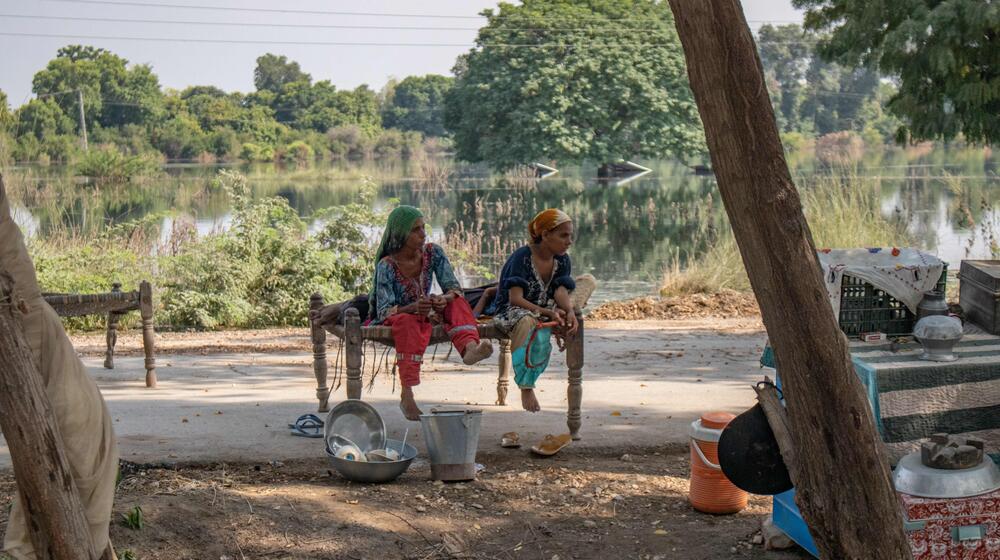 Over 30 million people have been affected by the floods and 6.4 million are in need of humanitarian assistance. Among them are more than 1.6 million women of reproductive age, with nearly 130,000 pregnant women in need of urgent health services. More than 42,000 women are due to give birth in the next three months – in the throes of the crisis.

“Without immediate support and access to medical and health services, these women’s lives will be in great jeopardy,” said Dr. Bakhtior Kadirov, UNFPA’s acting representative in Pakistan.

Not only have the floods flattened buildings, water and electricity sources are unsafe to use and medical supplies and equipment have been washed away. Many vulnerable people have been cut off from health centres and hospitals, and supply routes have been upended, as more than 12,000 kilometres of roads and hundreds of bridges linking remote areas to essential services have been obliterated. Where possible, pregnant women are being treated in temporary camps. Women and children – many now malnourished and contending with water-borne diseases like cholera, malaria and dysentery – queue for hours to receive medical attention.

Even before the floods, Pakistan had one of the highest rates of maternal mortality in Asia – this is now likely to rise further still as women lose access to health care and anaemia cases, a leading cause of maternal death in the country, soar with malnutrition.