Fuel tanker crushed by Airbus A-321 aircraft at the airport

Aeroflot’s Airbus A-321 aircraft and a fuel tanker crashed at an airport in the Russian city of Moscow, but miraculously no one was killed.

According to media reports, the incident took place yesterday morning, when an Airbus A-321 crushed a fuel tanker in a horrific accident at the Moscow airport, however, miraculously no casualties were reported in the accident.

Authorities have launched an investigation into the incident at Sheremetyevo International Airport, Moscow. The crash damaged the front of the body of the Aeroflot’s plane and destroyed the fuel tanker. Although firefighters rushed to the scene and declared an emergency at the airport, the fire did not erupted surprisingly.

Fortunately, boarding of the plane had not yet begun, but preparations were underway for a flight to Sochi. The plane was removed from service after the crash. In the pictures, it can be seen that the nose of the plane of the top Russian airline has been badly affected, while the roof of the Scania fuel tanker has been destroyed. 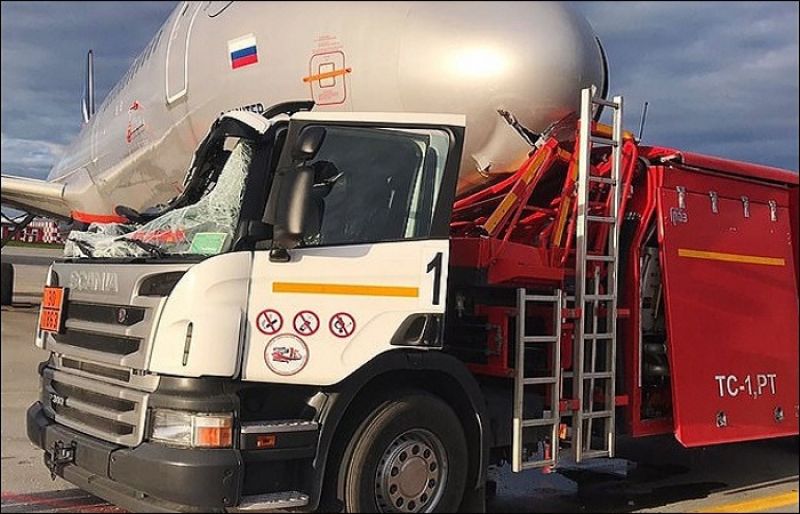 An airport spokesman told the media that the vehicle and the plane were damaged but no casualties were reported and the cause of the accident was being ascertained.

Killing the Daughter of Brother Under Provocation is Unfortunate: SC

France to pay 38m citizens €100 each to help counter fuel…