London: Maryam Nawaz has posted a number of pictures of her son tying the knot on social media, wherein the bride and groom are seen together alongside family members, including former premier Nawaz Sharif and former Finance Minister, Ishaq Dar. 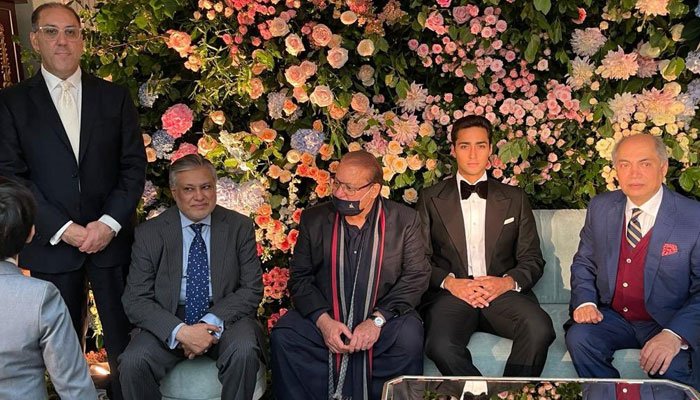 Maryam Nawaz, the groom’s mother, did not attend the wedding.

On 11th August, after sharing a picture of the invitation cards on Twitter, she stated that she wouldn’t be able to visit her son’s wedding “owing to blatant victimization, bogus cases, and my name on ECL”.

My son Junaid’s nikah with Ayesha Saif-ur-Rahman Khan will take place in London on 22nd August Insha’Allah. Unfortunately, I will not be able to attend the ceremony owing to blatant victimisation, bogus cases and my name on ECL. 1/2 pic.twitter.com/7HYrm5mNaH

Instead, she shared pictures on Twitter, captioning the images “May God always keep you safe and settled”.

Ishaq Dar and Nawaz Sharif sat right beside Junaid Safdar at the time of signing the Nikkah papers. 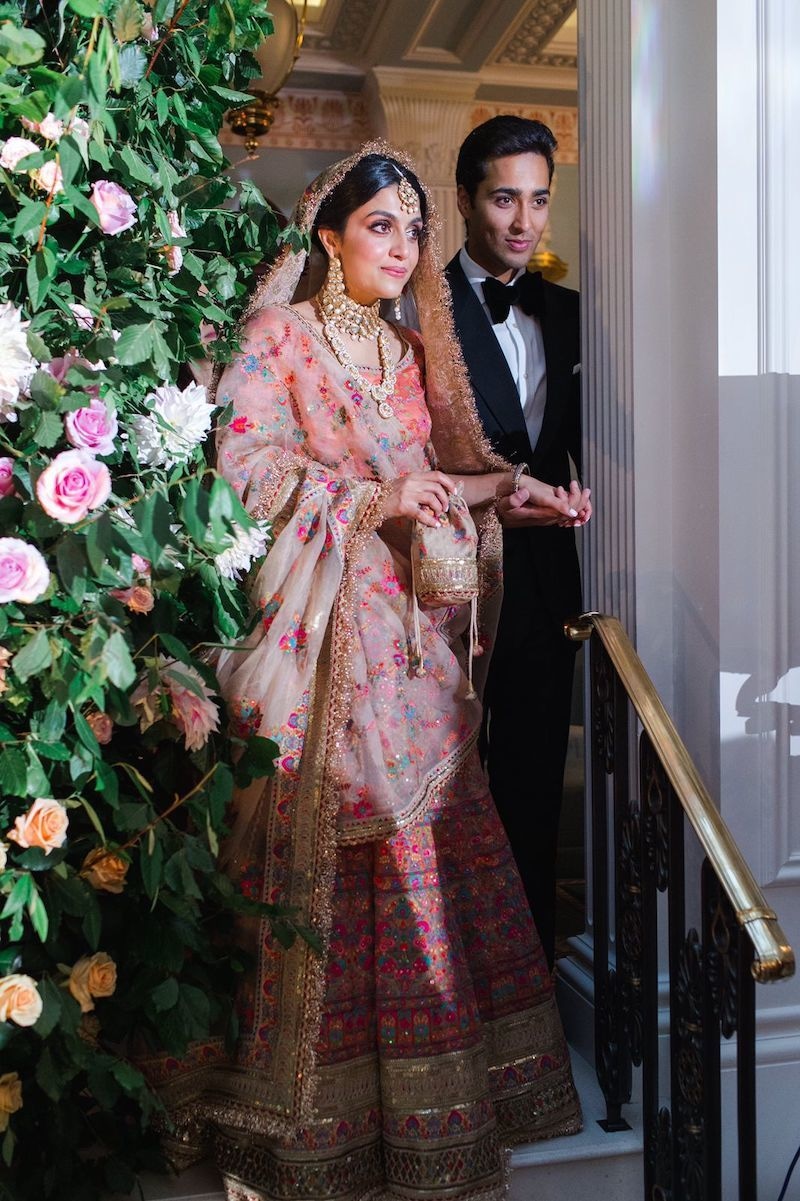 Details state that the bride’s dress was from renowned Indian designer, Sabyasachi, but it’s unknown where Junaid’s tuxedo was from. 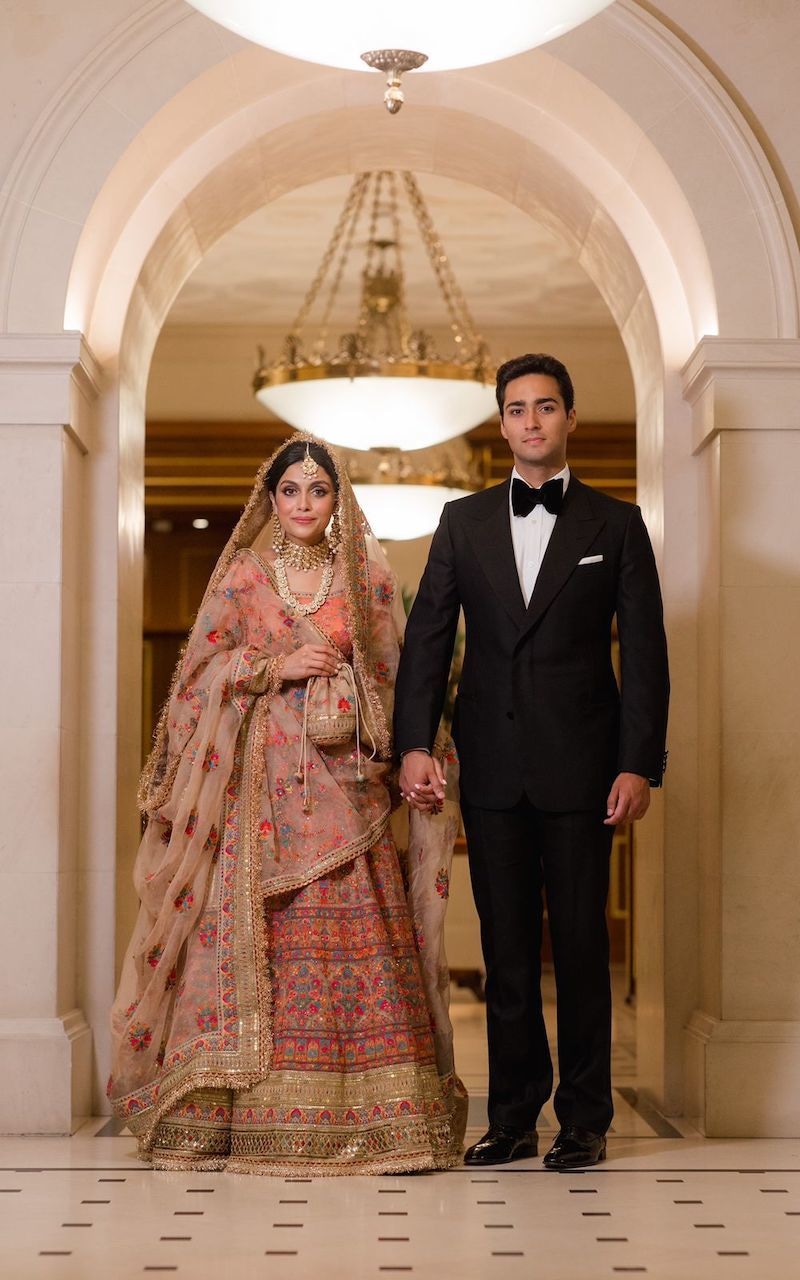 Not much is known about the bride apart from the fact that she is the daughter of former Pakistani politician, Saifur Rahman Khan, who is a close associate of Nawaz Sharif and also served as Chairman of the Ehtesab Bureau during Nawaz Sharif’s second tenure. 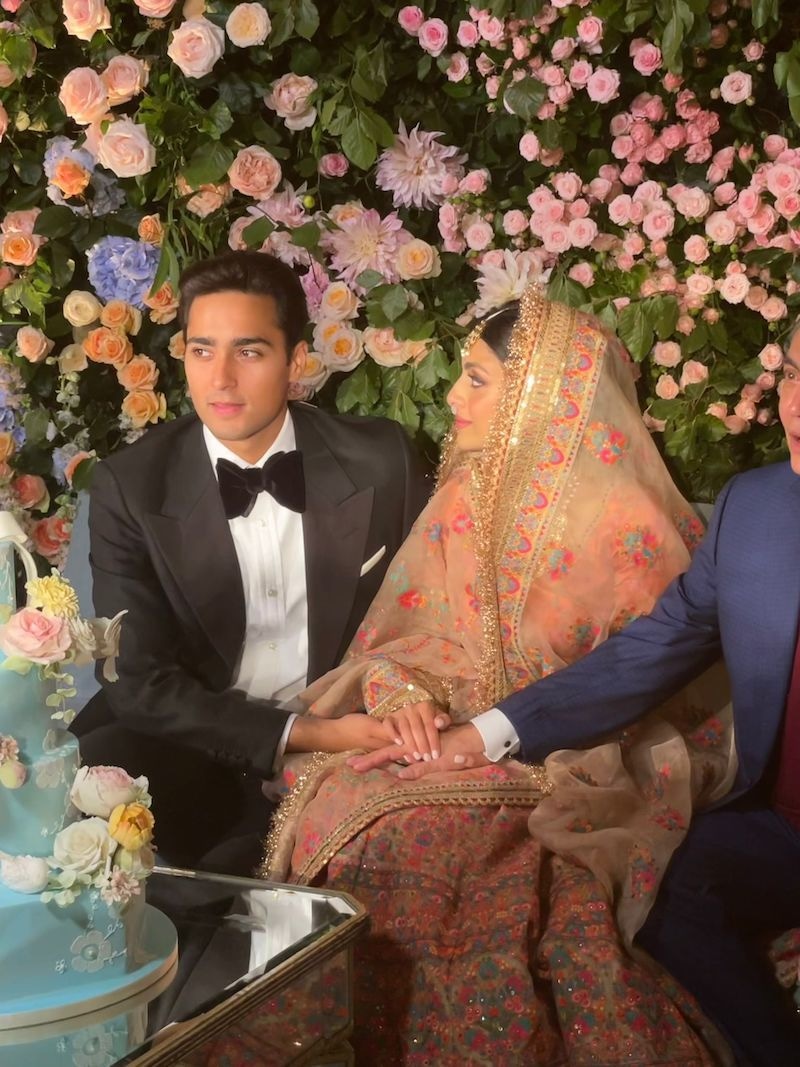 Kabul airlift accelerates as US warns of ‘acute’ security threats

Stay tuned to Baaghi TV for the latest news and updates!